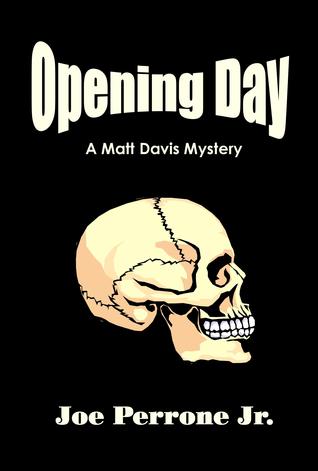 While out fly-fishing for trout on his favorite stream, Roscoe police chief Matt Davis stumbles across the remains of a body, barely recognizable as human, killed approximately six months earlier. With no physical evidence, no I.D. and no suspects, it’s up to Chief Davis to not only find the murderer, but to also discover the identity of the victim, a young girl.
Follow three potential victims prior to the murder – any one of whom could be destined for death – as they make there way toward Roscoe.  Only two will survive, but which two?
Opening Day is the second in the Matt Davis Mystery Series, and picks up where As the Twig is Bent left off and is a 2012 Indie B.R.A.G. Medallion honoree.
***

ABOUT THE AUTHOR
Joe Perrone Jr is an author whose diverse background includes time spent as a sportswriter for a prominent New Jersey newspaper, the Passaic-Clifton Herald News, and also as a freelance advertising copywriter. In addition, he has had numerous short stories published in the Mid-Atlantic Fly Fishing Guide. From 1989-1999, Joe was a professional fly fishing guide on the historic Beaverkill River in the beautiful Catskill Mountains of New York State. The nearby town of Roscoe, dubbed Trout Town USA, serves as the setting for Joe’s latest novel, Opening Day, which is the second in the Matt Davis Mystery Series (the first was As the Twig is Bent, published in early 2009). The third Matt Davis Mystery, entitled Twice Bitten, was published in January of 2012. A fourth Matt Davis Mystery, Broken Promises, will be released in 2013. Presently, Joe lives with his wife of nearly 30 years, Becky, and the couple’s two cats, Cassie and Callie, in the mountains of Western North Carolina. Readers can visit his website