“To rule ones self is to rule ones world,” says the little mouse more to herself than to anyone in particular. “But can they, really? Isn’t each human a creature ruled by nature and nurture? Do not their emotions often take the upper hand over reason? Does not their very nature not allow for a complete ruling of their selves?” The little mouse shakes her head and thinks on what Marcus Aurelius supposedly has said, “Both happiness and unhappiness depend on perception.” To extend on that the little mouse likes to think one can be as happy as one decides to be if that one can see the past for what is is, events come and gone and the future as infinite possibilities, but that only the now matters and if one can accept the now for what it is and be happy with the now, actually decide to be happy to be in the now true happiness can prevail over wants and wishes and one can start to rule ones self over the emotions that nature and nurture have burdened each human with. “If only the human could get past regrets of actions or the lack thereof and let go of expectations of humans surrounding them. Let go of the notion of even wanting to rule their world they would be on the path to find their perfect world, their perfect self.” The little mouse stares into the flames and sighs. “Alas, perfection is an illusion and as such unobtainable, the only thing one can hope for is to find ones inner most self and be happy with the who one is imperfections, faults, and darkness included, for one has to embrace the whole of ones self before on can trule start to try and rule ones self, if one so desires.” Rising to fill her glass the little mouse says, “Better still is to give up the will to rule and just accept ones self and all others for what they are. Ah, but that would be a perfect world, and perfection does not exists, or does it?”

Today I’ve got a short one for you to ponder on. Do you agree with our resident Goblin?

“…what doesn’t kill you grows you as they say…” mentioned the goblin, adding “…but what one grows is often a form of sobrietyin place of happiness…”, somehow it seems that to be forever angry with something that happened in the past is the price of one’s present awareness about it

Photographer Valentine Jones doesn’t believe in love, but when her romantic friend Maggie drags her along to a speed dating event, she finds herself reluctantly attracted to architect Finn Logan. Against her better instincts, she ticks yes on her scorecard to seeing him again. He never calls.
Finn shouldn’t have flirted with Val at the speed dating event. He was there to chaperone his wayward niece, not find another girlfriend – he has two already. When he meets Val again at his cousin’s wedding, he tries to explain, and ends up kissing her instead.
Finn’s company need a photographer to nail an important contract, and Val needs the job. Before long, Finn has dissolved his harem, and persuaded Val into his bed. She’s all for a quick fling, but nothing more – a ruined marriage has taught her that love is an illusion. But Finn’s ruthless pursuit is making her change her mind, until the party at his parents’ house that changes everything… 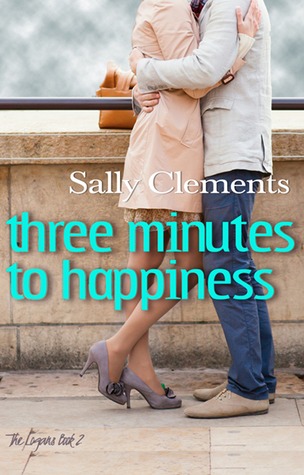 Find this book at:
AMAZON | GOODREADS
*** 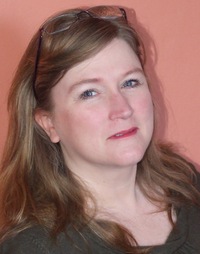 ABOUT THE AUTHOR
Sally Clements writes fun, sexy and real contemporary romance, partnering hot heros with heroines that know what they want, and go for it! She’s a voracious reader, and considers writing for a living the perfect job—the only downside is saying goodbye to her characters at book’s end!
You can find Sally on:
Facebook | Goodreads | Twitter
***
There is an International Giveaway but you must be 13+ to Enter

“Those who cannot remember the past are condemned to repeat it”.

I love this quote by philosopher George Santayana. Have you ever had a friend that kept making the same romantic mistakes over and over? Have you ever wondered why she couldn’t just learn from her mistakes the first time around and move on? Why does your friend continue to seek out emotionally unavailable partners and then try desperately to make them love her?  Why does she seem uninterested in the lovely man hanging around on the sidelines, waiting hopelessly to give her everything she needs?

Scratch the surface and most of us have some kind of issue in our lives that has caused us to remain “stuck” in some way or another. Whether it’s unhappiness in our job, career, relationship or family, some of us are better than others at knowing how to leave the past behind us. But it seems that knowing something on an intellectual level is the easy part (we all know that women who seek out emotionally unavailable men are trying to win some ancient oedipal battle, right?). I found through my own experience that recognising what’s keeping you stuck on an emotional level is something very different and much harder to resolve.

When I wrote my debut novel Swimming Upstream I had recently had a difficult relationship break-up. I became very conscious of wanting to learn a lesson from the mistakes I had made so that I could get it right next time around. But I found that I was unable to do this without unearthing some painful memories from my past.

Although I’ve drawn heavily on my own experiences in writing Swimming Upstream, it’s a story first and foremost. Lizzie Taylor, the central character, is a young woman in her late twenties, who, harbours a secret from her past that has held her back. She craves the freedom to move forward without fear and to find her true path in life. Swimming Upstream tells the story of what happens to Lizzie and the chain of unexpected events that begin to change her life forever.

The title for my novel came from a quote by feminist writer Marilyn French in her novel The Bleeding Heart published in 1980 and in which she described women as being like salmon, always having to swim upstream.  Feminist issues aside, I was swimming a lot at the time and began to see parallels between the hard work that it takes to become a competent swimmer – and the ultimate satisfaction you can get from doing it well – with having been through a difficult time in life and coming out of it with a greater degree of happiness than I might ever have achieved had I not pushed myself through the “pain barrier”. 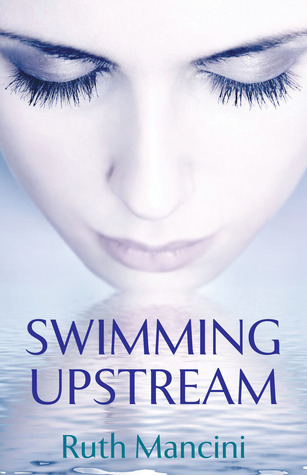 How a Goblin paints emotions with his words

somehow the goblin had changed, saying “…before I started this muse’s pact, I might have been someone who had wanted happiness, but now, I know that if I had been content, I wouldn’t have even seen, nor felt, nor understood half of what goes on around me…”, outside, in that hum of this late city’s night that contrasted, or complimented, the methodical ticking clock on those white walls around him, and with that countless majority beyond that, who still wanted “to be happy” here, and yet, the goblin’s feeling at this point was one of awareness and depth, “…happiness is just one color on the palate of life, I need all the colors to create, I want to mix those colors together, the sadness and the tears on the one hand, with the joy and laughter on the other to create something beautiful, but above all, I don’t want know the outcome, oh no, this author mustn’t know how life’s story ends, even if that ending is the same for us all isn’t it…” said the goblin feeling the need of this “last post” thread once more, the clock ticked away his moments but every moment here was worth it to him he felt now

Which colour of life’s palate is yours?