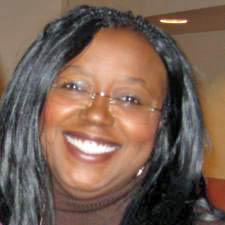 Hi Sallie, after a long lasting blogging relationship between us, I’m happy to finally have the author Sallie featuring on my blog. Welcome and let’s start with introducing you to the readers by answering a few personal questions. If you don’t mind?

(Sallie shakes her head and motions for me to get on with it. She can’t speak, because I persuaded ehr to take a bite of my home-made chocolade truffels 🙂 )

Great! Right, would you say you’re a farm girl or a city slicker?

I’d have to say, I’m a little bit of both. I was born on a farm at home. I know right…{{smile}}, it sounds like something from Little House on the Prairie.
Nevertheless it’s true; my six brothers and three sisters where all born at home. We were poor as dirt and didn’t know it. It wasn’t until we moved to New York that I experienced what it was to be seen as poor and to feel poor. Anyway, as for the city slicker part, it’s a small part. So small, I don’t think it worth mentioning. My family thinks I’m a little slick because I was the first to attend college or go on for a masters, but that’s not slick. But I do enjoy shopping till I drop. Does that count as being a city slicker? {{grin}}

Just a tiny, little bit, but I wouldn’t worry about it. 🙂 Do you like huge family get togethers or do you celebrate happy occasions on a small scale?

Huge, tiny, ginormous or big, you name it. We do them all. Do I like them? Yes, to all, no matter the size. It’s so easy for families to drift apart nowadays. Our lives are so busy. We’re all plugged in and over scheduled in general, so if we don’t make the effort to see each other, it won’t happen. In fact, my family has been having bi-monthly meetings for more years than I’m willing to admit. We hang out, eat, joke, catch up, eat again (wink) discuss family trips and concerns. Sometimes it’s a large group, other times not. But we stay in touch!

I know you went to college and you are the person to go to when in need of a Master (or Bachelor) in Human Resource Management, but was there ever a time in your life when you wanted to be a …? 🙂 Tell me your secret career wish.

OMG, when I was young and full of ginger as they say, I wanted to be an actress. I loved to sing and act (can’t dance particularly well. That gene skipped me… :-). I even tried out for what was called at the time, the High School of Preforming Arts. Yeah, you might have seen the movie about the school, Fame. I didn’t get into the school and I learned very quickly, I don’t have skin thick enough for show business. In addition, I had obligations so I took the more practical route of going to college.

Fiction writing came first…:-) I carried the story of Yesterday’s Daughter around in my head for years. But, I finally listened to the voices and began to write. The story pretty much was effortless in terms of writing. I didn’t know anything about the publishing industry and learned and continue to learn as I go. After the book, came the blog, Facebook, twitter and the other accoutrements needed for the world of self-publishing.

Is there any food or beverage that is a constant factor in either your books or life?

That’s an interesting question. Hmmmmmmmm, I’d have to say there’s no beverage or food that shows up in my book. As for life, they’re not constant foods, but they are my favorite foods, pizza and lasagna….

What is your favourite dish and can you give me the recipe?

Okay, so I jumped the gun and named my favorite dishes… 🙂 . But I make a pretty good sweet potato pie. Here’s the recipe: Bake at 350 degrees 60 minutes, or until knife inserted in center comes out clean.

I think I will! But it’s not why you are here, I’ve dragged you in to talk shop! So, what is the title of the book you would like to talk about, and can you give us a small taster of it?

My book is Yesterday’s Daughter 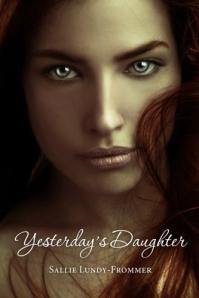 and you can read an excerpt below:

Malachi had gone very still as cold panic ran through his veins like a locomotive. Trigon started to speak when he noticed that Malachi had paled and was holding his breath. “Malachi, what is it?” he asked. The Guardians stared at him and then he let out a howl, in so much anguish that it burst all the glass in the room, exploding the windows as he fell to his knees. The Guardians spun around believing they were under some new kind of attack but saw nothing to explain Malachi’s condition. Stunned silence then filled the room, no one breathed unsure of what was happening or what to do.
The nerves of the Guardians were drawn tight like bows about to be launched. Their eyes were glowing, sweeping the room, searching the shadows, listening with focused intensity, searching for threats. Maybe the Harvesters had a new weapon.
Trigon carefully stepped closer to Malachi and tentatively placed one hand on his shoulder. He whispered the question quietly; afraid of what he might hear to bring such a reaction from Malachi. “What is it, friend?”
Malachi looked up and Trigon recoiled at the grief and horror in his eyes. He said one word, “Sapphira.” They all looked at each other, their unease growing. They all knew his life mate had been killed in the maturing chambers long ago. Why was he calling her name now? Why this murderous rage? Had he lost his mind?
“What about Sapphira?” Trigon asked unsure of what Malachi was trying to say. Malachi’s breathing had returned but he sounded like a wounded animal, his breath ragged and uneven. Unable to find the words, he thrust his mind out to share information with Trigon. Trigon stilled and the Guardians knew that Malachi was giving him information directly. Trigon’s face tightened in concentration from the onslaught of information. As the seconds passed, the Guardians grew tenser.

Did you have difficulty coming up with the title?

Nope, the title, like the story came to me in my dreams.

If you would have to change the genre in order to be able to publish it, what would it be then? i.e. would you conform your work to suit the market?

What do you do marketing wise and what do you think generates the most attention to your books?

Ah, yes, so am I, hence my question. I’ll let you know when I’ve found the answer. Okay, now that we have the mandatory questions out of the way, shoot your mouth off. Tell me whatever you want t0 blab about. But please no cats, dogs, or children. Make me laugh, or cry, or even envious. Tell me something no one has ever heard before from you. hehehe, love those little dirty secrets, real or make believe.

You may want my dirty secrets, but I won’t share any….:-) What I will share with you is I’m finishing a romance thriller, Strong Chance of Showers. I’d expected the sequel to Yesterday’s Daughter to come first, but inspiration didn’t take that path. Stay tuned for its release date.

I most certainly will, Sallie! Thanks for being a guest today and answering all my questions. Feel free to come back when the new release is eminent.

For now all I want to tell the readers they can find you online at:

I would like to ask the readers if they could see themselves blogging, writing, editing, and maintaining a social life with their family without going nuts?